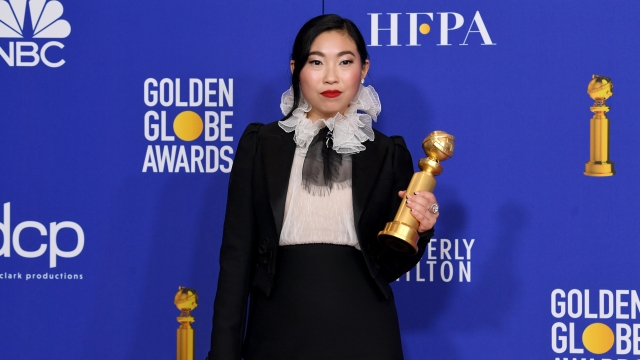 Awkwafina won the Golden Globe for best actress in a musical or comedy film Sunday night — making history in the process.

"The Farewell" actress is the first woman of Asian descent to win a Golden Globe for lead actress in a film.

While backstage, Awkwafina called her historic win "mind-blowing," telling reporters, "I hope this is only the beginning."

Although it was classified as a comedy by the Hollywood Foreign Press Association, "The Farewell" marked Awkwafina's first-ever dramatic role. She's previously showcased her comedy skills in films like "Crazy Rich Asians" and "Ocean's 8."

Awkwafina's win was the only award "The Farewell" took home Sunday night. Despite being one of the most critically acclaimed films of 2019, the HFPA deemed "The Farewell" ineligible for the best comedy film category, since more than half of the film is in Mandarin, not English.