"Avengers: Engame" Is The Second Highest-Grossing Film Of All Time 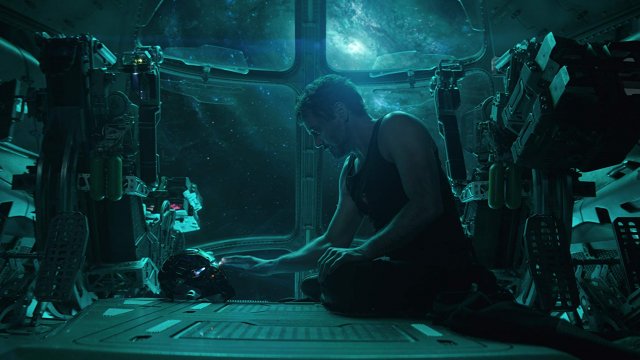 SMS
"Avengers: Engame" Is The Second Highest-Grossing Film Of All Time
By Jamal Andress
By Jamal Andress
May 5, 2019
After pulling in $2.2 billion in just ten days "Avengers: Endgame" has passed "Titanic" on the list of highest-grossing films in box office history.
SHOW TRANSCRIPT

Taking the No. 1 spot for now and the foreseeable future is "Avengers: Endgame" bringing in an estimated $145.8 million in its second weekend out.

Endgame is now one of just six films to ever gross $100 million or more in its sophomore weekend. Oh and if you're wondering, four out of five of those films are courtesy of the mouse house.

In other not so surprising news, "Avengers: Endgame" is making money hand over fist at the foreign box office and shows no signs of slowing down.

After passing 1997's "Titanic", "Endgame" is now the second-highest grossing movie in box office history with $2.1 billion in worldwide ticket sales. But it's still nearly $600 million away from the No. 1 spot.

Grabbing the scraps that "Avengers" didn't bother with is "The Intruder" bringing in an estimated $11 million in its debut weekend. That's a better than expected opening for this relatively cheap film.

"The Intruder" only cost the folks at Screen Gems Studios $8 million to produce so everything from here on out is profit.

This box office success comes in spite of terrible reviews. Dennis Quaid, Meagan Good and Michael Ealy collectively couldn't get the tomatometer past 30% for their suburban thriller.

And finally in third place this weekend is Seth Rogen's "Long Shot" performing below expectations with an estimated $10 million in its debut weekend.

Unlike, "The Intruder" "Long Shot" carried great critical reviews but just couldn't get moviegoers to the theater.

Or more to the point, couldn't get them in the right theater.

As for next week, Ryan Reynolds corrupts your childhood a little.