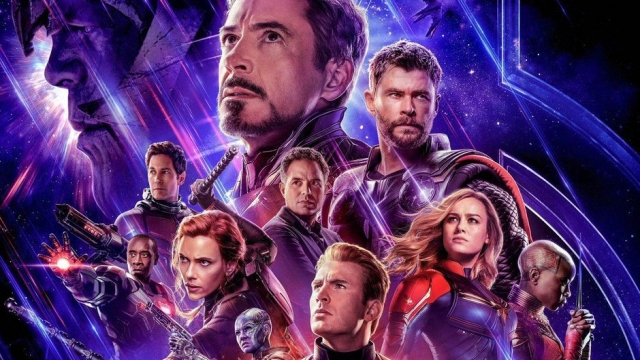 That’s an understatement, if we’re talking about the end to a super era.

You guessed it, and based on these numbers, you've probably already seen it: "Avengers: Endgame" was No. 1 this weekend. It brought in an estimated $1.2 billion globally. That's the best opening weekend ever.

Of course, Marvel only had itself to beat. "Endgame" topped the previous record of "Avengers: Infinity War" by over $560 million. The best global opening weekend for a film outside of the Avengers franchise was "The Fate of the Furious" back in 2017.

The film also had the best opening weekend domestically, and records don't stop there: The film played on the most screens ever domestically, it had the best single-day performance for a Hollywood film in both China and the U.S., and it was the best-selling day in the history of some online ticket sites.

It was such a big weekend that many movie theater websites crashed, and Fandango had to create an online "waiting room" for the first time.

So, after all this hype, you're probably wondering if it lives up. For most people, the answer was a resounding "yes," with a Rotten Tomatoes score of 96%. And it goes without saying — the studio has a lot to celebrate. The film might even break even before next weekend.

["If we do this, how do we know that it's going to end any differently than it did before?" "Because before you didn't have me."]

The Avengers may need Captain Marvel, but she held her own, coming in at No. 2. "Captain Marvel" grossed over $8 million domestically in its eighth week at the theater.

["We made you one of us so you could live longer, stronger, superior. You were reborn"]

The newest member of the Marvel cinematic universe made for the best global debut for a female-fronted film of all time.

And third on the list is "The Curse of La Llorona."

After only its second week in theaters, this film has grossed a respectable $41 million domestically. But it has a mere 31% rating on the Tomatometer.

And coming to theaters this week: Get ready to see Kelly Clarkson as Moxy, an "ugly doll" who leads the star-studded cast in an animated movie about how beauty is in the imperfections.

["We're not going anywhere. Our flaws make us who we are. Those are all worth fighting for."]

Correction: An earlier version of this story misstated the previous record-holder for best opening weekend. It was "Avengers: Infinity War." The story has been updated.