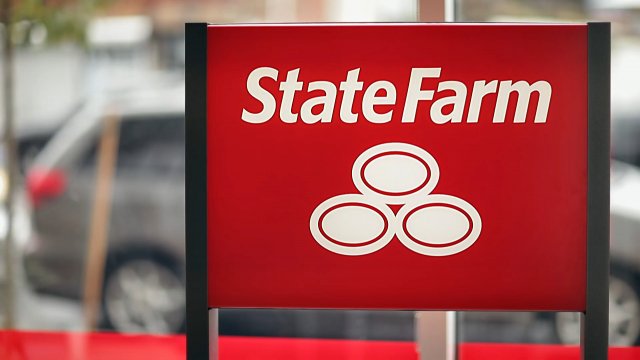 State Farm, the nation's largest auto insurer, tells Newsy it is likely to act this week after its competitors promised to refund billions of dollars to consumers. It is the latest fallout after our Newsy investigation took on the insurance industry for overcharging consumers during the coronavirus pandemic.

Last week State Farm told Newsy it had nothing to say in response to allegations the insurer and others were overcharging drivers who are mostly off the roads now and staying at home.  By Monday, Allstate had announced a $600 million refund for drivers.  American Family Insurance offered $200 million. By Tuesday, Geico followed suit, promising its customers two billion dollars in refunds.  Liberty Mutual threw in 250 million dollars.

Wednesday, USAA announced a 20 percent refund for its policyholders, which it says amounts to $520 million. Shelter Insurance announced a 30 percent refund for its auto customers, the best in the industry so far.  Unlike Geico, which will make customers wait until their policy renews to collect, Shelter Insurance said it intends to get its money out the door as soon as possible. All in all, by midweek, insurers had collectively promised more than $4 billion in refunds since Newsy’s report, where the Consumer Federation of America said insurers were acting illegally.

"You were the first big story out there so I give you a lot of credit for what’s happening," Bob Hunter of the Consumer Federation of America said of Newsy's report.

Tuesday night, Newsy went back to the nation’s biggest insurer again, and asked: “Is there a reason (State Farm) is not treating policyholders as other major insurers have seen appropriate to do?” Their response came Wednesday morning: “…we know our auto insurance policyholders are driving much less than anticipated.  We are closely monitoring our automobile insurance loss trends and are considering how best to take this into account and return value to our auto insurance policyholders. We expect a decision in this regard by the end of the week.”

If you have another insurer, the Consumer Federation of America recommends telling them about this story when asking for your own refund.

Not getting your refund? Senior investigative reporter Mark Greenblatt wants to hear from you about your experience with your insurance company. Email him at mark.greenblatt@scripps.com and follow him on twitter @greenblattmark.