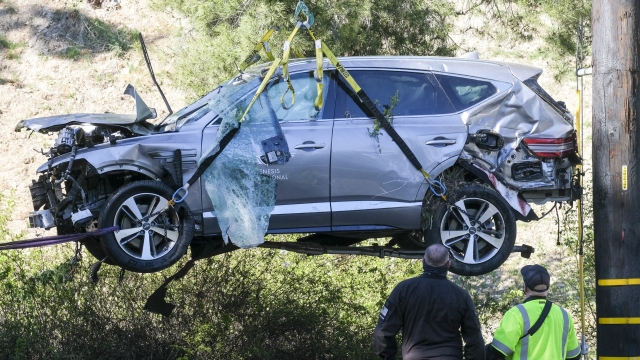 Authorities in California say speeding was the main cause of the car crash that left Tiger Woods hospitalized and severely injured.

The Los Angeles County Sheriff's Department said Woods was driving between 84 and 87 miles per hour when the posted speed limit was 45. Investigators said he was going 75 miles per hour when he collided with a tree but there was no evidence of impairment. They also believe he may have mistaken the accelerator for the brake because the car's data recorder showed no signs of braking during the incident.

Woods is still recovering from extensive leg surgery and will not be in Augusta, Georgia this week for the annual Masters golf tournament.