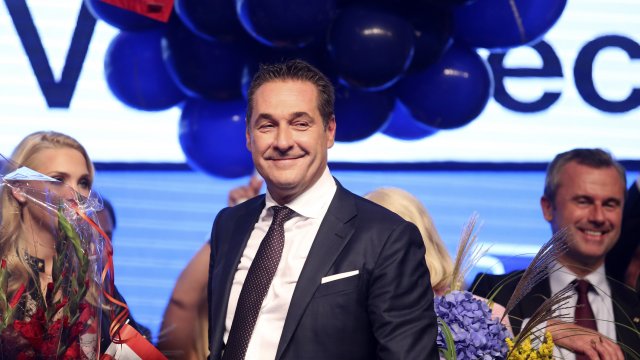 Austria will hold a snap election in September. The country's president announced this new election after a scandal led to the resignation of the vice chancellor.

Footage of far-right Vice Chancellor Heinz-Christian Strache surfaced Friday. It appears to show him offering government contracts to a woman who claimed to be the niece of a Russian oligarch in exchange for campaign help. The video was taken in in 2017, three months before Strache was elected.

Strache resigned Saturday morning and stepped down as the head of the nationalist Freedom Party. He said "no donations have been made to the party" as a result of that meeting.

Later on Saturday, Austria's chancellor called the video "despicable" and pushed for the snap election. He noted this adds to a list of other, smaller scandals involving Strache.

According to The New York Times, the video reignited concerns about whether the Freedom Party had been "working to undermine liberal democracy and media freedoms in the country."