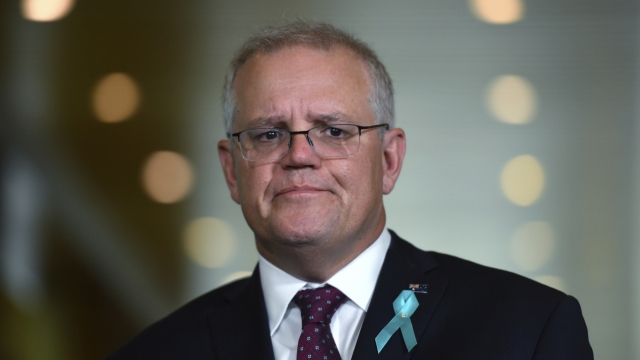 SMS
Australian PM Apologizes Over Handling Of Parliament Rape Allegation
By Newsy Staff
By Newsy Staff
February 16, 2021
An ex-staffer says a colleague assaulted her in Parliament House but that her supervisors didn't properly address her allegation.
SHOW TRANSCRIPT

Brittany Higgins alleged she was raped by a colleague in a government minister's office. The unnamed man she accused was fired over the incident --but not over the rape accusation. He was fired because he caused a security breach when he brought Higgins into the minister's office after a night of drinking. Higgins says she plans to pursue a police complaint against him.