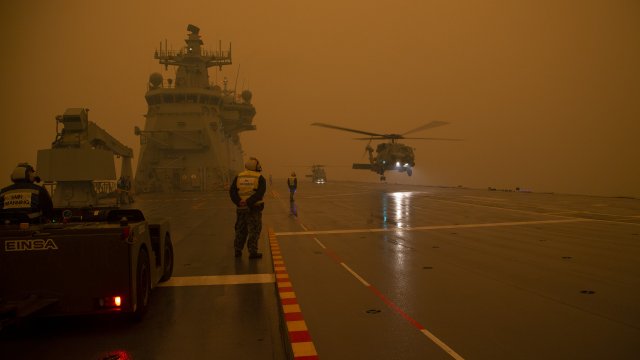 For the first time ever, Australia will send Australian Defence Force reservists to assist with the country's bush fire crisis.

Morrison has faced intense criticism for taking a family vacation in the midst of the crisis.

Some Australians say Morrison's response is still not enough.

"Get out, get out, you cannot lead this country. You are hopeless. You are a moron. Get out. That's my message to ScoMo: Go!"

The fires, which have been burning for months now, have scorched over 12.3 million acres and killed at least 24 people.