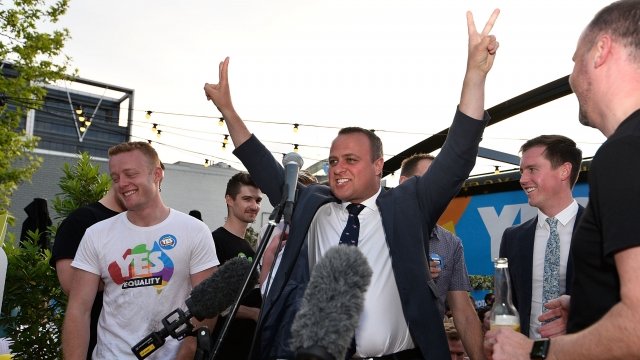 In case you missed it, Australia is in the middle of a gay marriage debate.

And here's one way to put it on the world stage:

"In my first speech, I defined our bond by the ring that sits on both of our left hands, and they are the answer to a question we cannot ask. There's only one thing left to do: Ryan Patrick Bolger, will you marry me?" 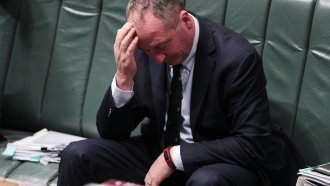 That was Tim Wilson, an Australian member of Parliament, proposing to his partner just about as publicly as possible. Lawmakers were on the floor of Parliament discussing a bill to legalize same-sex marriage when the openly gay politician popped the question. Bolger, Wilson's partner, said yes.

And gay marriage is expected to become a reality in Australia. Voters there recently expressed overwhelming support for it in a postal survey last month. And last week, the country's Senate passed the bill pretty handily by a vote of 43 to 12.

There have been efforts by conservative lawmakers in Australia to offer protections to those opposed to gay marriage for religious reasons — things like allowing florists to deny service to a same-sex couple. Those efforts have thus far failed.