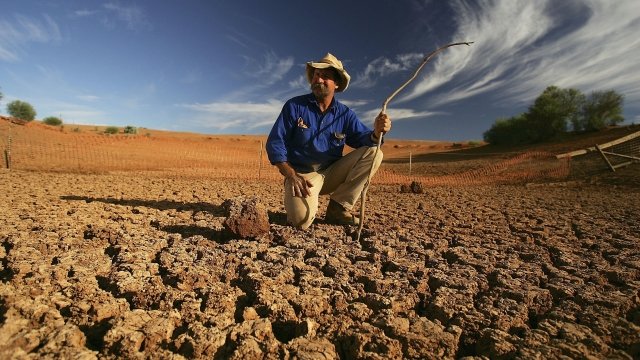 SMS
Australian Farmers Struggling To Keep Livestock Alive In Major Drought
By Caitlin Baldwin
By Caitlin Baldwin
August 9, 2018
Most of Australia is suffering from a major drought, and farmers are being especially affected.
SHOW TRANSCRIPT

Parts of Australia are suffering from a major shortage of rain.

Officials in New South Wales say 100 percent of the state is in a drought.

According to CNN, the area had less than 10 millimeters of rain in the entire month of July.

The drought has been especially difficult on farmers who have been struggling to feed and hydrate their livestock. Many are being forced to sell or slaughter their animals.

In fact, to help farmers, the state relaxed its restrictions to shoot kangaroos that are competing with their livestock's food and water.

These dry conditions are expected to last for at least the next three months.