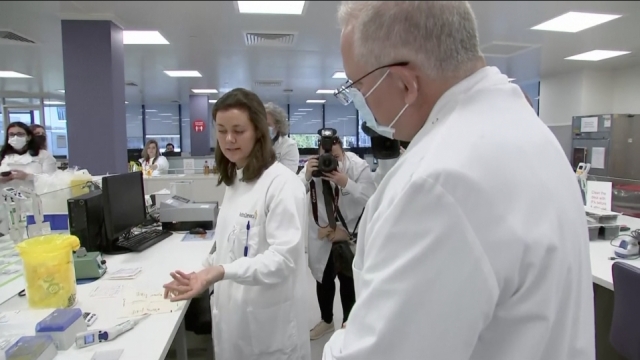 Australia has secured a deal with drugmaker AstraZeneca for a potential coronavirus vaccine. And the government is hoping to offer it to up to 25 million citizens for free.

Prime Minister Scott Morrison called the vaccine "one of the most advanced and promising" in the world. He said he hopes to achieve a 95 percent vaccination rate, but only after rigorous testing on the drug’s effectiveness.

"The vaccine will need to satisfy all the same standards that all vaccines are expected to live up to here in Australia before they're made available to the public. There won't be any cutting corners. There won't be any undue haste here. There will be the appropriate control and protections that are put in place,” Morrison said.

The vaccine is currently in late-stage clinical trials and thousands of volunteers across multiple countries have gotten doses.