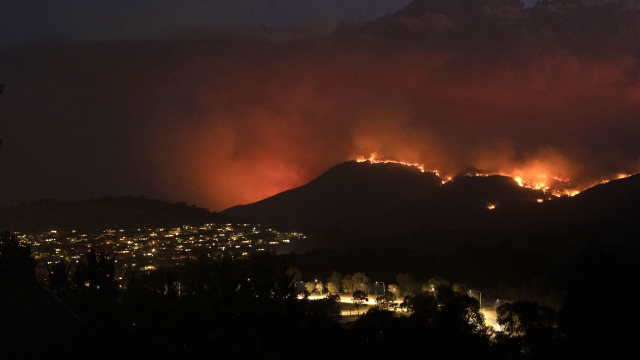 Authorities in Australia's capital city region declared a state of emergency Friday due to "severe fire conditions" and "the threat to lives and property."

On Tuesday, the New South Wales Rural Fire Service warned that strong winds and rising temperatures this week would increase fire danger in and around Canberra. A media release on Friday from the Australian Capital Territory said 8% of the area is now consumed by fires.

The territory's chief minister said at a news conference, QUOTE "This fire may become very unpredictable; it may become uncontrollable."

It's the first state of emergency for the Australian Capital Territory since January 2003, when bushfires killed four people.

Residents have been advised to watch for potential evacuation orders and "complete their Bushfire Survival Plan."

The declaration came a day after New South Wales announced an independent inquiry into "causes, preparation and response" to the season's "unprecedented" bushfires.