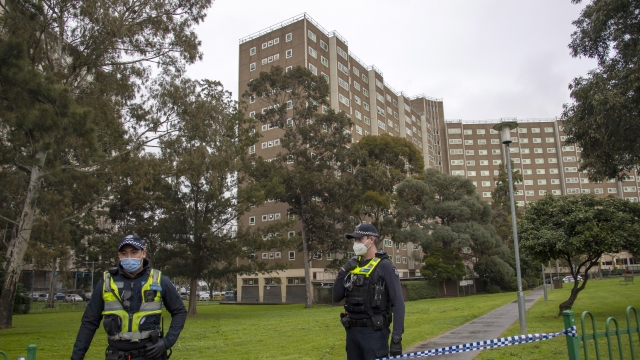 Health officials in Australia are locking down the state of Victoria amid a surge of COVID-19 cases there, particularly in Melbourne.

In Melbourne, record-setting new daily infection numbers have prompted the health officials to lock down dozens of suburbs around the city. In addition, roughly 3,000 people in public housing are being confined to their apartments.

On Twitter, the Premier of Victoria, Daniel Andrews, said, "Public tenants will not be charged rent for two weeks. We'll provide $1,500 cash payments for households with family members who are missing out on work. Every other household will receive a $750 payment."

The Associated Press reports that a majority of the new infections being documented in Melbourne are the result of transmission within the community, while infections in the rest of the country appear to be tied to travelers returning from overseas.

The lockdown will reportedly impact 6.6 million people in the state. According to Johns Hopkins University more than 2,600 cases have been confirmed in Melbourne.