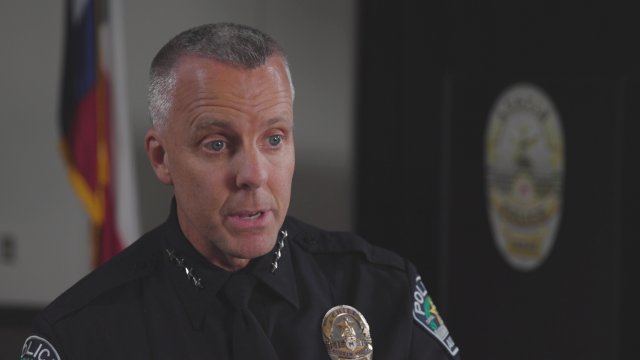 The audit was requested by the Police Department following a joint investigation by Newsy, Reveal from The Center for Investigative Reporting, and ProPublica. The investigation revealed that Austin police and dozens of law enforcement agencies across the country are making it appear as though they have solved a significant share of their rape cases when they have simply closed them without making an arrest, using a process known as exceptional clearance.

The project found that in 2016, Austin police reported that 51 percent of rape cases were cleared, but that suspects were arrested only 17 percent of the time. The rest were exceptionally cleared — a category that requires police know the identity and location of the suspect and have probable cause to make an arrest, but cannot because the suspect is dead or already in prison, prosecutors decline to take a case, or the survivor is not ready to speak with authorities. The Austin Police Department has promoted its high clearance rate at City Council meetings as a sign of its effectiveness in fighting crime.

Austin Police Chief Brian Manley announced the preliminary results of the audit by the Texas Department of Public Safety at a New Year's Eve news conference.

The audit looked at 95 sexual assault cases processed by Austin police in January, November and December of 2017 that police had exceptionally cleared. DPS says it selected the months based on the large number of clearances submitted during those months.

Manley said the preliminary findings, which the department received Dec. 13, concluded "30 rape offenses that were exceptionally cleared did not meet the criteria for exceptional clearances" as defined by FBI rules for the national uniform crime report. He announced that 29 were properly classified. The preliminary report did not say how the 30 misclassified cases should have been classified.

The independent state findings come after Austin police officials said their own internal review had concluded their use of exceptional clearances was "appropriate." Facing pressure from advocates following our investigation, Austin police asked for the state review that was released New Year's Eve.

Elizabeth Donegan, who led the city's sex crimes unit for years, said in an exclusive interview in November that she had been pressured by superiors to change rape cases from "suspended" to "exceptionally cleared." A suspended case is one where police investigators don't have probable cause to make an arrest or don't yet meet the requirements from the FBI to classify the case as "cleared."

"I think it just gives a false sense to the community that this case has been thoroughly investigated, and it's closed," Donegan said.

She says she was transferred out of the sex crimes unit after refusing to reclassify the cases. The department's reported clearance rate for rape increased after her removal, with data showing a substantial increase in the rate of exceptionally cleared rapes. In October, Manley acknowledged the increase in the department's use of exceptional clearance following Donegan's departure and said leadership had a "difference of opinions" with her.

At the time, Manley defended the department's actions further, saying police leadership conducted its own internal review of Donegan's claims and concluded suspended rape cases were properly reclassified to "cleared."

On Monday, Manley acknowledged the Department of Public Safety's findings and said Austin police would not wait for the state's final report, expected this month, before carrying out sweeping reforms.

"Immediately we reached back out to DPS' incident-reporting bureau and asked them if they would assist us in retraining our detective bureau so we can ensure every detective was current on their knowledge and was following appropriate guidelines," he said.

Manley said the Department of Public Safety is currently reviewing Austin's training guidelines and will help retrain supervisors, who will then retrain every one of the 296 detectives who work in the department's investigative bureau. The trainings are being fast-tracked, as Austin police are up against a Feb. 15 deadline to report the city's official crime numbers for 2018.

Manley said after the department is trained, it will conduct its own internal review of exceptionally cleared crimes from 2018 before officially reporting them as cleared to state or federal agencies. The new review will cover all violent crimes for 2018, not just rapes.

"It's important we take these steps to shore up these areas where maybe we are doing something inaccurately so that we can have confidence in the information we are putting forward," Manley said Monday.

Donegan, however, said the Department of Public Safety findings about rape clearances reveal only "the tip of the iceberg" and are a symptom of a larger problem with how police and prosecutors are handling reports of rape.

"What he's talking about is an easy fix if you look at the surface," she said. "If you do a deeper dive, I think you'll find there are real issues with the thoroughness of the investigations themselves."

Donegan suggested that an outside team of experts in sexual assault investigations should be assembled to dig further. Austin City Councilwoman Alison Alter said in December she is working with advocacy groups and other members on the council to help direct the city to conduct a deeper examination of why so many rape victims stop cooperating after having contact with police and prosecutors.