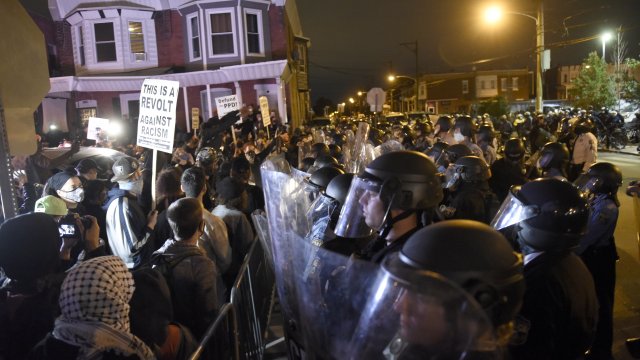 Philadelphia police officers fired at least 14 shots during the fatal shooting of a Black man earlier this week, the attorney for the family of victim Walter Wallace Jr. says.

Officers shot and killed Wallace after they say he ignored their orders to drop a knife.

Wallace's family says he was experiencing a mental health crisis.

Philadelphia's police commissioner said the 911 call recordings and body camera footage from the shooting will be made public soon.

"There's clearly a disconnect on our end as far as knowing what's out there. So there's a need for it, the conversations are ongoing and it's important," she said.

Protests started almost immediately after the shooting and some have turned violent. Dozens of people have been arrested and more than 50 police officers have been injured.

The attorney was asked how the Wallace family wants the officers charged.

“Does the family think that those officers should be charged … with murder? My answer is to you is, and remains … I don’t think so,” Johnson said.