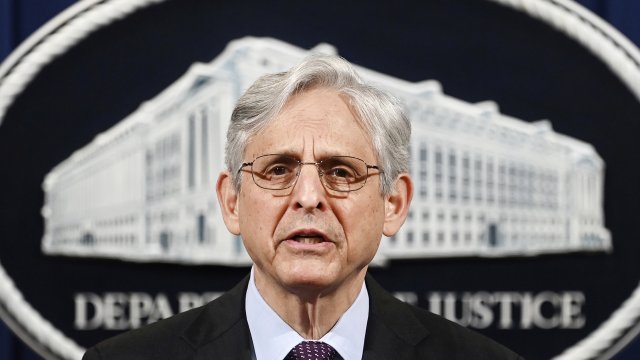 The attorney general is seeking an additional $85 million to investigate and prosecute domestic terrorism cases.

The attorney general testified before a House subcommittee Tuesday about his department's $35.2 billion 2022 budget request. He says terrorism, both foreign and domestic, keeps him up at night.

"We never want to take our eyes off of what happened on 9/11 and the risks that the country continues to face from a foreign origin, a terrorist attacks on the homeland. Likewise, we have a growing fear of domestic violent extremism, and domestic terrorism," said Garland.

During his confirmation hearing Garland pledged the investigation into the Jan. 6 insurrection would be a top priority.

Garland is also seeking over $1 billion for programs that promote community-oriented policing and address systemic inequities. That's a $304 million increase over the previous year.

"We do believe that taking the burden off of law enforcement, particularly with respect to some of these very high-risk contacts with people who have mental disabilities or who are in crisis, or any other reason, and to bring along the substitute for workers, and mental health care professionals is a good way to reduce risk," said the attorney general.