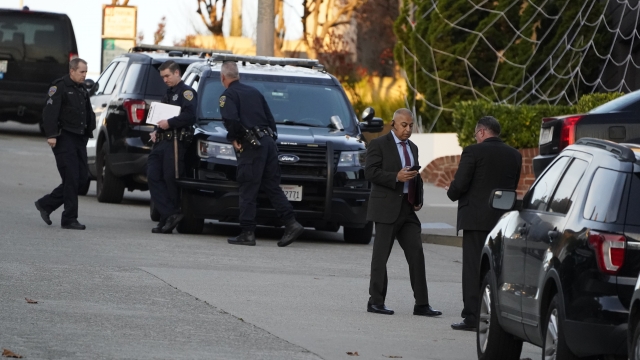 The violent attack on House Speaker Nancy Pelosi's husband is reigniting fears of political violence heading into the midterms on both sides of the aisle.

"It's disgusting. This violence is horrible. You know that's happened. We had a door knocker in Florida that was attacked. I mean, this stuff has to stop," said Sen. Rick Scott.

David DePape, the man accused of breaking into Pelosi's home and severely beating her husband with a hammer, posted conspiracy theories online questioning the results of the 2020 election.

Now, some law makers are blaming the GOP for not doing enough to quash extreme rhetoric within the party.

"This has been going on for years, the attacks on her and this group of MAGA extremists who by the way, are putting up candidates on the ballot that Donald Trump supports," said Sen. Amy Klobuchar.

With threats to public officials at an all-time high, members of Congress were being urged to reach out for additional security resources.

Rhetoric that has already led to violence.

"The language used by DePape when he attacked Paul Pelosi or the blogs that he had not only mimicked January 6th but sound like a lot of our elected officials today," said former Rep. Denver Riggleman.

Republican lawmakers including Senate minority leader Mitch McConnell and house minority leader Kevin McCarthy, have condemned the attack, and blamed extremism on both ends of the political spectrum for fueling more violence.

A recent NBC News poll found 80% of Democrats and Republicans said the opposite political party posed a threat that, if not stopped, will destroy America as we know it.

"It's a terrible environment. And I believe people in both parties are guilty of intense rhetoric that really leads to feed into these people who are deranged. And create violence. It's the same thing that happened with the shooter that shot at Steve Scalise and several of the Republican colleagues," said Rep. James Comer.

Former President Donald Trump has remained silent so far on the attack. President Joe Biden told reporters it's not enough to condemn the violence; lawmakers need to condemn the talk that inspires it.

A recent New York Times poll found 28% of all voters, including 41% of Republicans, said they had little to no faith in the accuracy of the midterm elections.