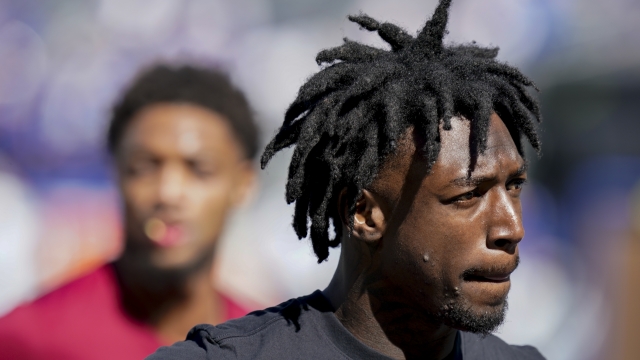 Joining other well-known athletes who have struggled with mental health issues, Atlanta Falcons receiver Calvin Ridley said he's stepping away from football after being a last-minute scratch from Sunday's game against Carolina.

It was the second game that Ridley has missed this season for what the team would only describe as a personal matter. But Ridley went on social media during Atlanta's 19-13 loss to the Panthers to provide more details on what he's going through.

Coming off the best season of his career in 2020 and expected to claim an even bigger role in the offense after Julio Jones was traded, Ridley followed other prominent athletes such as tennis star Naomi Osaka and gold-medal gymnast Simone Biles in revealing the mental-health challenges of their high-pressure professions.

"I'll let Calvin speak for himself," coach Arthur Smith said. "It's a personal issue, so I'm not going to go into any details. We realized he wasn't going to go this morning and we made him inactive."

The loss of Ridley dealt a big blow to a Falcons' offense that has struggled to go deep in the passing game.

Last season, the 2018 first-round draft pick out of Alabama had 90 catches for 1,374 yards and nine touchdowns, the best season of his four-year NFL career.