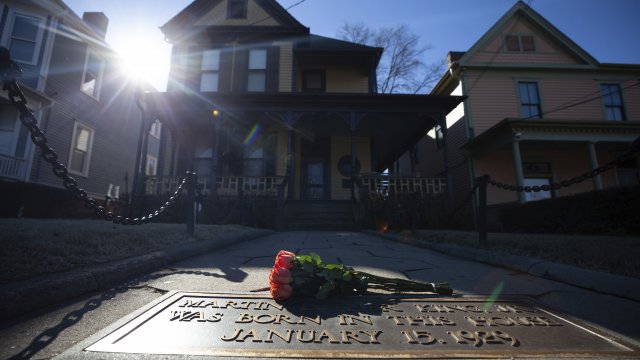 The country is commemorating the life and legacy of Dr. Martin Luther King Jr.

Weather conditions and COVID-19 have made some organizations modify their plans but events are still happening.

Monday, hundreds of people marched several blocks down Auburn Avenue in Atlanta to the Martin Luther King Center — those groups calling for voting rights. It's a theme we've heard mimicked throughout the lead up to MLK day.

In a Facebook post last month, she called on lawmakers to reconsider taking the holiday off and instead end the filibuster and pass the voting rights bill.

To further celebrate the holiday, the King Center held a voter registration drive, a clothing drive for the homeless and a ceremony that featured Vice President Kamala Harris virtually addressing the crowd. A crowd that was reduced this year due to the pandemic.