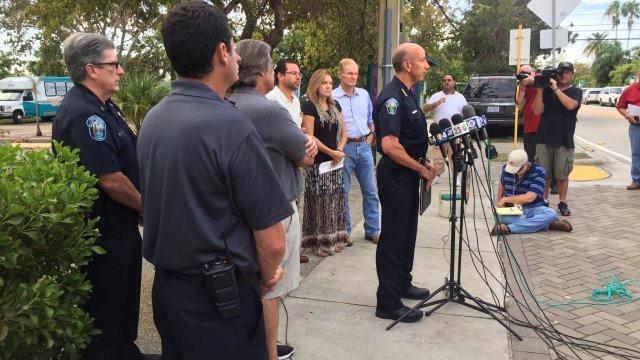 Florida officials are investigating the deaths of eight people after a nursing home's air conditioning shut off after Hurricane Irma.

At least eight people have died at a Florida nursing home after its air conditioning system apparently shut down following Hurricane Irma.

Three residents of The Rehabilitation Center at Hollywood Hills were already dead when authorities arrived on the scene, according to Hollywood Police Chief Tomas Sanchez. More than 150 other residents have been evacuated from the building.

The New York Times reports the nursing home did appear to have electricity, but the transformer that powered the cooling system was apparently knocked out by a fallen tree.

The state produces almost half of all citrus crops in the U.S.

The Sun-Sentinel notes Florida nursing homes aren't required to have backup generators in case of a power outage, and 150 facilities still don't have power.

Florida Gov. Rick Scott said he would "aggressively demand answers" on how the tragedy unfolded. A criminal investigation is underway.