There Are Quite A Few House Republicans Leaving Congress Soon 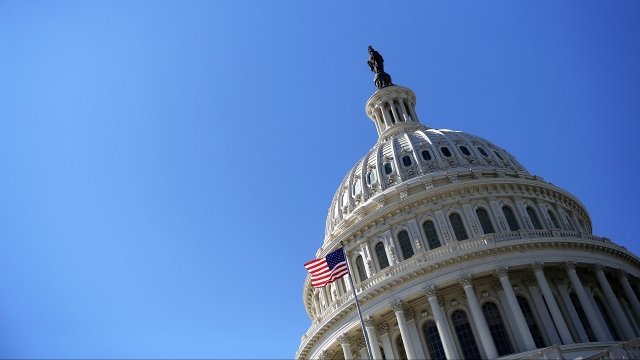 There are a LOT of House Republicans who have either already left Congress or plan to soon.

CNN reports at least 43 House Republicans have announced they're retiring, running for another office or resigning. That number includes House Speaker Paul Ryan, who announced Wednesday he isn't going to run for re-election this fall.

ABC News reports that the 24 House Republicans retiring from Congress is the highest number since 1973.

Democrats only need to win 24 seats to control the House after November's midterm elections, and they're reportedly taking Ryan's resignation as a sign that he thinks Democrats will take back the House.

The National Republican Congressional Committee said in a statement that Republicans' "mission to hold the House continues unabated."