At Least 13 Killed By California Wildfires And 115,000 Acres Burned 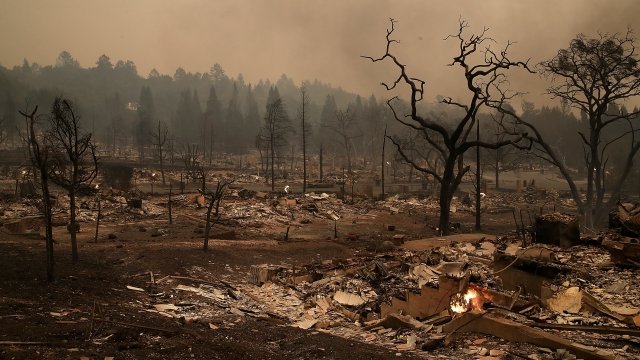 At least 13 people are dead after a string of fast-burning wildfires scorched parts of California.

On Tuesday, officials said "17 large wildfires" started within the last day are affecting at least eight counties. Together, the fires have destroyed at least 1,500 homes and businesses and burned more than 115,000 acres.

In Sonoma County alone, almost 25,000 residents evacuated and nearly 5,000 of them are in shelters. The sheriff's office says at least 150 people have been reported missing as of Tuesday.

At least 170 people have reportedly been treated at local hospitals, many for smoke inhalation and burns. 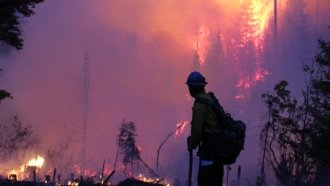 The wildfires aren't just in Northern California. Officials say the so-called Canyon Fire 2 in Orange County had burned 7,500 acres and destroyed at least 14 structures as of early Tuesday afternoon.

Firefighters battling the fires up north won't get much help from Mother Nature. There's no rain scheduled in the forecast over the next week for Napa, Sonoma and Mendocino counties.