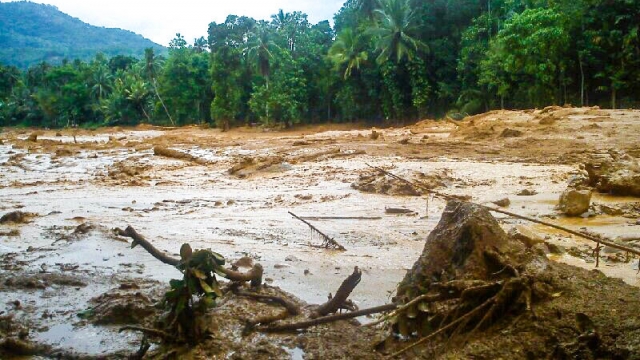 After days of heavy rains across Sri Lanka, a landslide buried several of the island's villages.

At least 13 people are dead and more than 200 families are missing after a landslide buried several villages in Sri Lanka on Tuesday.

The country's Red Cross says at least 180 people were rescued from the massive landslide, which hit three villages.

The disaster comes after multiple days of heavy rains caused flooding, mudslides and cyclones across the island.

Local media report at least 346,000 people have been affected by the storms, and more than 196,000 people are staying in camps.

For those displaced residents, the country's president announced Monday the government would be upping the disaster allowance.

Conditions might not improve anytime soon — at least in the country's southwest.

India, which is north of the island, is also prepping for several southern cities to be hit by floods.