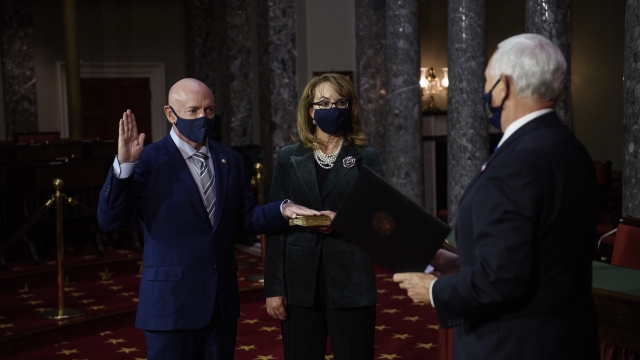 Vice President Mike Pence: "You take this obligation freely, without any mental reservation or purpose of evasion and that you will well and faithfully discharge the office on which you are about to enter, so help you god?"

Kelly's victory narrows Republican control in the chamber – now 52 to 48.

Two runoff elections in Georgia next month will determine which party holds the majority.