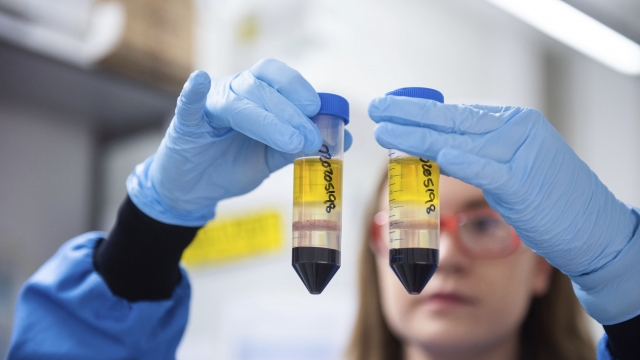 SMS
AstraZeneca Admits To Mistakes In Coronavirus Vaccine Trial
By Katherine Biek
By Katherine Biek
November 26, 2020
The reason some volunteers got only one and a half doses was because some of the vials used in the trial had a lower concentration of the vaccine.
SHOW TRANSCRIPT

Scientists and industry experts are now questioning the effectiveness of AstraZeneca's experimental covid-19 vaccine after the company admitted to making a mistake during its clinical trial.

The UK company said Monday the vaccine candidate it developed with the University of Oxford was on average 90 percent effective when trial participants were given one and a half doses.

But it was only 62 percent effective in participants who received two full doses.

Put together, researchers said the vaccine appeared to be 70 percent effective.

But on Wednesday Oxford acknowledged that some of the vials used in the trial had a lower concentration of the vaccine.

The university said this manufacturing problem has since been corrected and that it discussed the problem with regulators and agreed to complete the trial with two groups of volunteers.

Details of the trial results will soon be sent to UK regulators so they can determine whether to approve the vaccine for distribution.