Assimilation Is Key To Success For These Chinese Immigrants 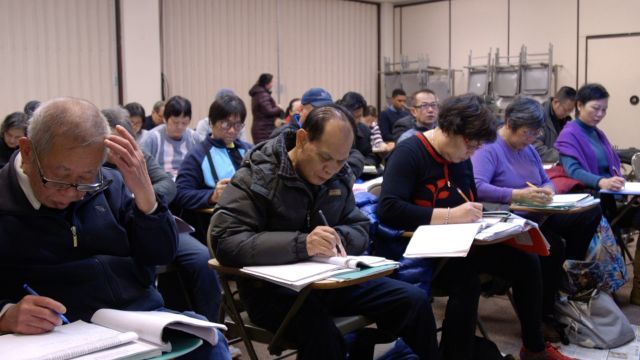 SMS
Assimilation Is Key To Success For These Chinese Immigrants
By Ben Schamisso
By Ben Schamisso
January 26, 2017
Some Chinese immigrants are striving to become American citizens within Chicago's self-contained Chinatown.
SHOW TRANSCRIPT

These Chinese immigrants want to learn more about the U.S., learn the country's language and, one day, become American citizens.

Chicago's Chinatown is doing something other areas like it in the U.S. aren't: It's growing. According to The Chicago Tribune, 90 percent of the neighborhood's population is Asian, and 10 percent of foreign-born Asians there came to the U.S. in the past three years.

"There's almost 30,000 people in Chinatown, so you can find a bank, you can find a pharmacist, lots of physicians that speak Chinese," said David Wu, executive director of the Pui Tak Center. "It's great that the community is large enough that it can support newcomers, but those newcomers realize that if they don't try to assimilate, their life is gonna be harder, and they can't benefit from maybe the freedoms here."

Many Chinese immigrants find help at the Pui Tak Center, one of the largest community-based ESL programs in Illinois. The center also provides citizenship classes to hundreds of adults.

"Probably three-fourths of them work in restaurants, which is the first and the easiest job for newer immigrants with little skills," Wu said. "They might have been teachers back in China, but because they come here without English skills, they start at the bottom." 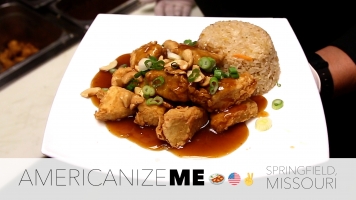 This Family Built A Cashew Chicken Empire In Southwest Missouri

"They work 10 to 12 hours per day, and on top of that, they would wake up early or come here for the evening classes to learn English. And then they have to do homework, they have to raise kids, take care of the house, everything," said Leah Zhang, an ESL instructor at the Pui Tak Center.

"The women are actually the best of our students because they know it's up to them to get enough English to get another job, to help support the family," Wu said. "So lots of our moms end up working in hotels downtown, clean rooms or in factories so they can work a day shift, and so our evening classes are 5:30 p.m. to 7:15 p.m. And it's amazing because it's 90 percent women."

"One of the happiest things that we see here when someone gets a chance to become a citizen, they can vote, they can feel that big milestone in their journey coming to the USA is reached," Wu said.

This video includes music from Kevin MacLeod / CC BY 4.0.