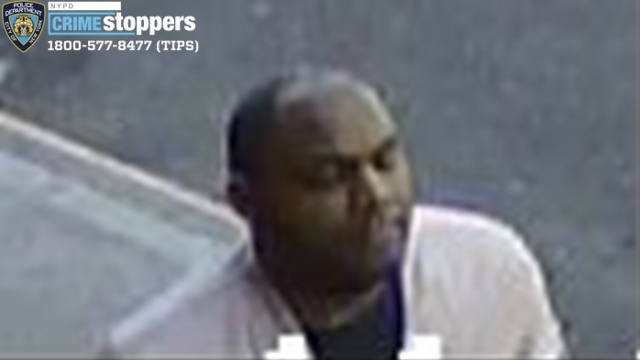 New York Police are searching for a suspect who attacked an Asian American woman yesterday in broad daylight.

The 65-year-old woman was walking down the street when the man suddenly kicked her in the stomach, knocking her to the ground.

The suspect is seen on surveillance video stomping on the woman's face. Police say he yelled racist slurs at her then walked away.

The victim was hospitalized.

Looking at the video, at least one person sees the assault unfold and two others come into frame after it happens. None of them intervened.

This happened outside the lobby of a real estate company. The bystanders are employees there and have been suspended.

This is just the most recent attack against people of Asian descent. A suspect in Seattle and one in San Francisco were just charged earlier this week for what are believed to be racially motivated attacks. And there are many other cases.

The Center for the Study of Hate and Extremism at California State University compared 2019 to 2020. It says there was a 149% increase in hate crimes against Asian American in a year where overall hate crimes dropped by 7%, 49 in 2019 and 122 last year. Experts say these are likely much higher because many victims may not feel comfortable reporting the incidents to police.

One of today's most influential pop groups is calling for peace. BTS, the South Korean pop stars who have gained international attention, released a statement offering condolences to those affected by the violence.

"We recall moments when we faced discrimination as Asians," the group said. "We have endured expletives without reason and were mocked for the way we look. We were even asked why Asians spoke in English.”