The Future Is Here, And It's Filled With Robots Taking Jobs 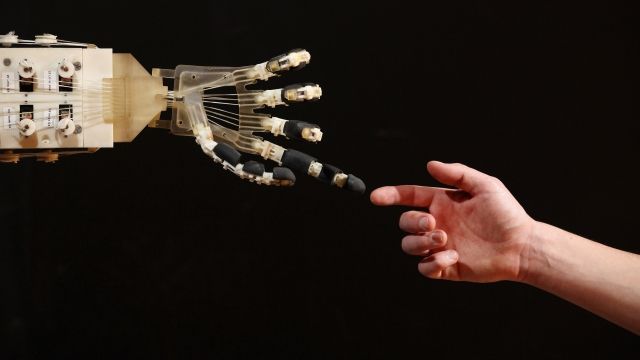 SMS
The Future Is Here, And It's Filled With Robots Taking Jobs
By Lindsey Pulse
By Lindsey Pulse
December 22, 2016
The White House reports artificial intelligence is putting some jobs at risk — especially in the driving industry.
SHOW TRANSCRIPT

OK, maybe now we can panic — the White House says robots are coming for our jobs.

A new report says artificial intelligence is surpassing the abilities of humans in certain tasks. And some industries need to prepare for a shift — particularly those that include driving for a living.

The report notes the jobs at the most risk are those that are more easily automated. Those jobs can disproportionately affect people with less education.

While the White House doesn't have a timeline for predicted job loss, it estimates a little more than 80 percent of certain driving jobs could be impacted as technology improves.

But before a revolt a la "I, Robot" ensues, remember the report isn't a net prediction, so it doesn't take into account jobs that might be created from the shift.

It's possible that a phase out of human drivers could create a need for more urban planners to design for autonomous vehicles.

The driving transportation industry isn't the only one that's likely to see change. Officials say health, education, energy and other industries could be impacted as well.