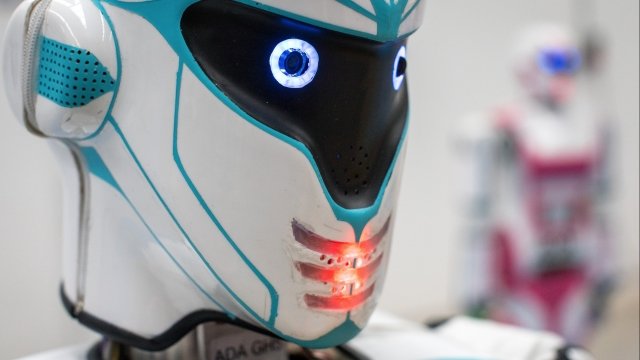 Artificial intelligence has been pretty smart for the past two decades, and it's getting smarter fast.

Not that long ago — 1997 — we were wowed by Kismet, an MIT robot that could turn sound and visual cues into facial expressions, vocal responses and basic movements.

There's also the Roomba, a household robot that started sweeping floors by itself in 2002. Not as smart as Deep Blue, but it gets the job done.Then there was Shanghai's 2010 World Expo where 20 robots danced together for eight minutes. 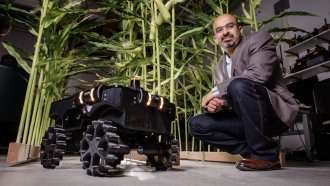 This Roomba-Like Robot Could Change How Farmers Care For Crops

And who could ever forget Watson. Deep Blue was impressive, but that was chess, one set of rules. Watson went on "Jeopardy!" and faced riddles and complex questions. Watson won in 2011.

Today, there's Amazon's Alexa. If you haven't met her, you will. You also can call a friend in Japan, speak English and your words will be translated in real time. And driverless cars, of course, are here.

It's all the result of artificial intelligence. So what's next?

A few promising projects right now and a few accompanying concerns. Content creation: AI is headed toward creating personalized media just for you, like songs mixed with you in mind. Question: Could this be used to create fake targeted messages?

Human voice? Google is working on a system that translates text into audio of a person speaking. It can handle hard-to-pronounce words, enunciating like a native. Might this eventually be used to put words into somebody's mouth who never said them?

Fake video: Researchers at the University of Washington have created a program that takes audio files, converts them into realistic mouth movements, and then grafts those movements onto existing video. This is fake news, prefabbed.

And then there's more video: The idea is you provide an artificial intelligence system with a typed-out phrase, and it uses that to generate  — yes, create — a video from scratch. Question: So could we see a video that's entirely computer-generated, no human needed?

In the right hands, of course, and with the right intentions, this AI could do enormous good, bringing words and ideas to life. In the wrong hands, you can't trust your own eyes and ears. What's real? What's not? Only the AI will know.