No, Obama Didn't Pay An FBI Informant $1 Million To Spy On Trump 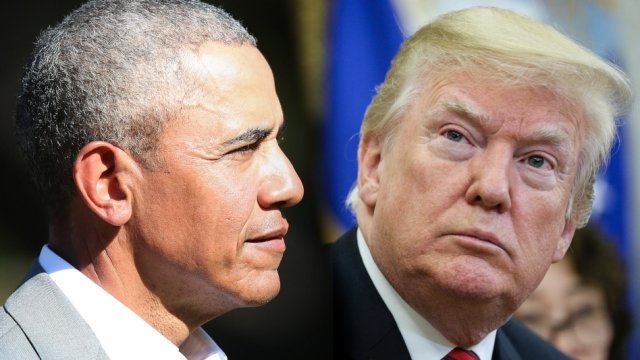 SMS
No, Obama Didn't Pay An FBI Informant $1 Million To Spy On Trump
By James Packard
By James Packard
May 30, 2018
The president's supporters have peddled a claim that quickly falls apart and isn't supported by the facts.
SHOW TRANSCRIPT

On the coattails of the president's claim that the Obama administration spied on his campaign, his supporters have made assertions that don't stand up to the facts. Take this article from the website usbreakingnews.net. It suggests former President Barack Obama paid an FBI informant more than $1 million to spy on the Trump camp.

The Department of Defense did pay a man named Stefan Halper more than $1 million for various Department of Defense research projects from 2012 through March of this year. The Washington Post identified Halper as the FBI informant who had contact with Trump campaign aides in the lead-up to the 2016 election. But the payments to him started well before Donald Trump entered the presidential race in 2015. 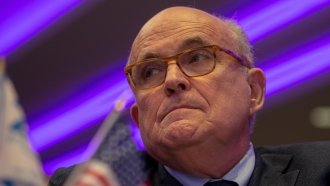 Rudy Giuliani Calls The Origins Of The Russia Probe 'Illegitimate'

Also, outlets like The New York Times and The Washington Post reported the FBI sent its informant to make contact with Trump campaign aides as part of its investigation into Russian attempts to meddle in the 2016 election. And the informant was reportedly dispatched only after the FBI found evidence of suspicious contacts.

Sure, the headline might make the article seem like a "bombshell," and in some ways it is: It's hollow and completely falls apart.