Arrests And Detainments Along The US-Mexico Border Have Been Rising 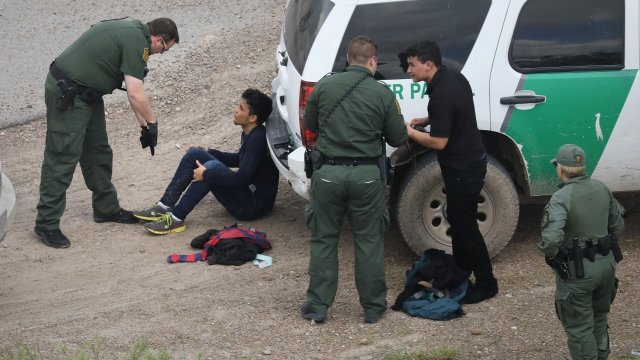 SMS
Arrests And Detainments Along The US-Mexico Border Have Been Rising
By Jake Jones
By Jake Jones
December 16, 2017
Apprehensions along the U.S. southern border are at a seven-month high.
SHOW TRANSCRIPT

New statistics show the number of people detained or denied entry along the U.S. border with Mexico has steadily increased for seven months.

Slightly more than 39,000 people were apprehended at the U.S. southern border last month. That's a 12 percent jump from October and the highest levels under President Donald Trump to date.

After Trump's inauguration, arrests plummeted, hitting an all-time low in April. But those numbers have been climbing ever since.

Curbing illegal immigration and building a wall along the U.S. southern border has been a focal point for the Trump administration, which is currently testing eight border wall prototypes.