Armenian Lawmakers Will Vote For A New Prime Minister Soon 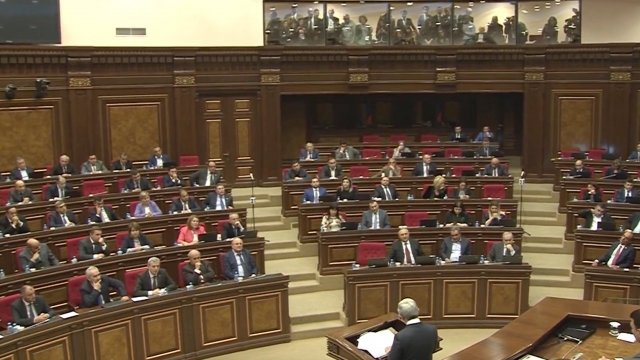 Armenian lawmakers will vote for a new prime minister May 1.

The former Prime Minister Serzh Sargsyan resigned Monday after more than a week of protests called for him to step down.

Sargsyan had been president of Armenia since 2008. Then, as his second and last term was winding down, the country's constitution was amended to give the position of prime minister more power and make the presidential seat more of a ceremonial role.

Eight days after his presidential term was up, Sargsyan was elected Armenia's prime minister. Anti-government protesters took to the streets and demanded his resignation.

It's unclear who will take over as prime minister since opposition leader Nikol Pashinyan most likely won't have enough votes.

In the meantime, former Prime Minister Karen Karapetian will stand in for Sargsyan until a new PM is elected.