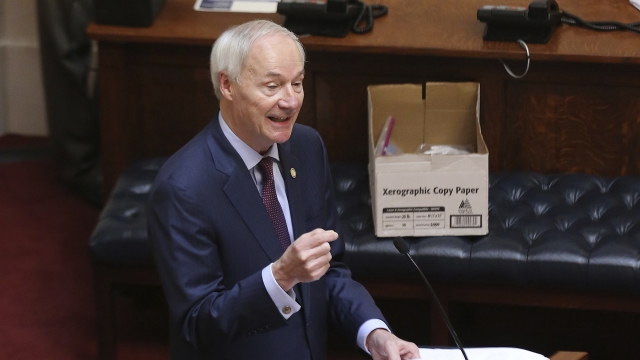 Arkansas Gov. Asa Hutchinson vetoed legislation that would have made the state the first to ban gendering confirming treatments or surgery for transgender minors.

The bill would have stopped doctors from providing hormone treatments, puberty blockers or surgery to anyone under the age of 18.

The Republican governor said it was a government overreach.

"If House Bill 1570 becomes law, then we are creating new standards of legislative interference with physicians and parents as they deal with some of the most complex and sensitive matters involving young people," said Gov. Hutchinson.

The Republican legislature can still make this happen it would only take a simple majority to override Gov. Hutchinson's veto.