Arizona Teacher Walkout Poised To Be Largest In The Nation 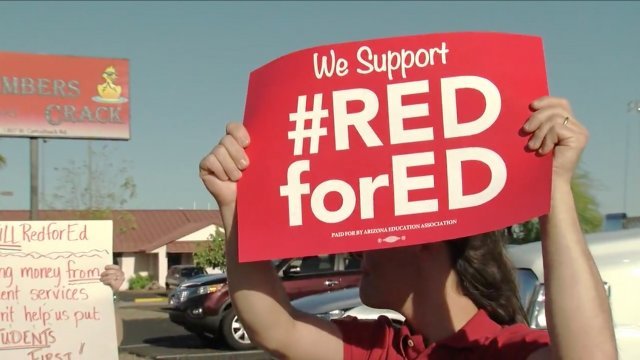 Over 840,000 students will be affected by the #RedforEd walkout. Seventy-five percent of public or charter school students will be enrolled in a school that is closed due to the walkout. It's potentially the nation's largest walkout in recent history.

It's happening despite Gov. Doug Ducey's promise to give the teachers a 20 percent raise over the next two years, likely in hopes of avoiding a situation like this one.

But teachers want stable school funding and yearly raises until their salaries match the national average, among other demands, according to Tucson.com.