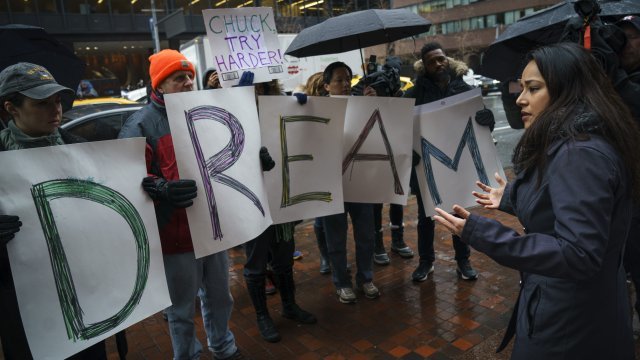 By Gabrielle Ware
April 9, 2018
The state's Supreme Court upheld a previous ruling by the state Court of Appeals.
SHOW TRANSCRIPT

The Arizona Supreme Court ruled Monday that  Deferred Action for Childhood Arrival or DACA recipients are not eligible for discounted in-state college tuition rates. The ruling upholds a previous decision by the state Court of Appeals last year.

The ruling says state law doesn't allow students without permanent legal status to receive in-state discounts at state or community colleges. That means DACA recipients who were paying in-state rates could now have to pay double or triple their old tuition costs. DACA recipients were already ineligible for state and federal financial aid.

According to a federal report, 20 states offered in-state tuition rates to undocumented immigrants in 2015.

A more detailed explanation of the ruling is expected to be released May 14.