Are You Still Wearing Your Wearable? 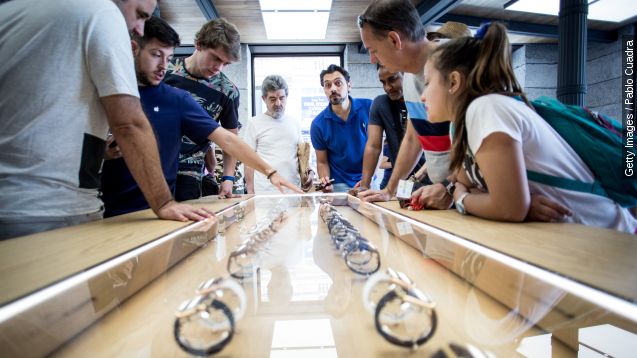 Wearables are finally here to stay, but it might still take some time for every shopper to find their ideal band.

We've been waiting a long time for this day to come: It is finally safe to say that wearables are here to stay.

Fitbit shipped the most in that time, followed by Apple and Xiaomi. Apple is the only one of those companies that didn't already have a wearable out by this time last year.

Obviously, this tech is still new, so the top three brands will do some moving around. But now that we know the age of the wearable has started, we're onto phase two: separating the wearables from the worn.

And by that I mean, it's time to figure out which bands are keepers and which ones aren't.

Endeavour Partners did a survey last year that showed about a third of all wearable owners actually abandoned their gear after only six months. This year that same survey made little improvement.

The group attributed the findings to the fact that "most of the devices being sold are activity trackers ... while [they] have improved, their core value proposition hasn’t shifted dramatically in the last few years." (Video via Fitbit)

Which would explain why Fitbit and its activity-focused product line is currently leading the market.

Heading into the holiday season, it's safe to assume that a lot of people will be receiving wearables. Even the supercomputer Watson agrees, "Apple Watch ... continues to be among the most discussed products." (Video via Apple)

How long will people keep using those wearables? Our guess is that it'll be much longer than six months. (Video via Apple)