Abbott Says More Brothels Than Starbucks In Houston. Is He Right? 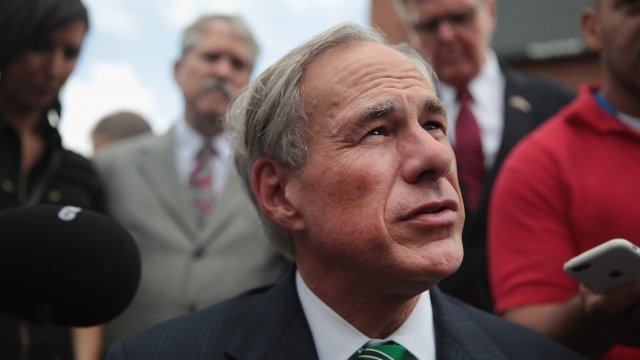 Texas Gov. Greg Abbott claimed there are more brothels than Starbucks stores in the city of Houston. Is he right?

In short — likely. There are several different counts for both brothels and Starbucks stores in Houston, but they largely indicate the brothels outnumber the coffee chain.

The group Children at Risk says Harris County, where Houston sits, has 259 suspected illegal massage businesses — as in, suspected brothels.

A site that lets patrons rate and review properties like those included 224 businesses in the area that list "kissing" as an available service.

Compare that to 51 Starbucks locations in the city, according to the company's store locator. There are other shops in grocery stores and airports, for instance, that might not be counted, but it's unlikely there are more than about 150.

Ultimately, police in the city say it's hard to know for sure if there are more Starbucks or brothels, as the number of brothels posing as massage parlors fluctuates greatly.

So there might be some nuance, but the numbers seem to indicate that Abbott's claim is pretty sound.