Presidential Campaigns In The US Are Long. Does It Affect How We Vote? 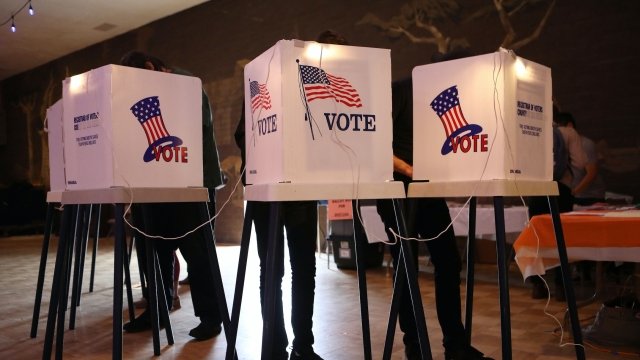 The ad is a compilation of iPhone video clips showing O'Rourke in cities and towns across the Lone Star State. He even drives himself. It's an obvious jab at Republican Sen. Ted Cruz's frequent absence from his home state — 407 days from 2015 to 2016. What was Cruz doing? Something that takes a long time in this country: He was running for president.

Cruz was the first major candidate to enter the race — on March 23, 2015. Donald Trump wasn't elected until 596 days later, about six months after Cruz dropped out. That whole election was enough time for 18 World Cups, for 33 Summer Olympics, or for around 10,000 final presidential debates played on repeat. Compared to other countries, it's a very long time. Is it too long?

Take Germany, where the president typically announces an election six months in advance. Or Mexico, where there are about 150 days to wrap up both party nominations and the general election. In Israel, campaigns last 101 days. In Australia and the United Kingdom, they're usually around six weeks long. Canada's 2015 election lasted 78 days — the longest cycle in its history. 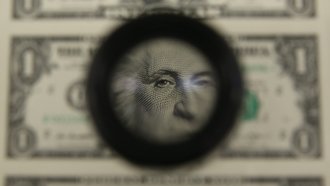 Campaign Contributions Aren't Always Obvious — They Might Be 'In-Kind'

While it's hard to know for sure if the U.S. has the longest elections — campaign dates are not always officially designated — analysts suggest we might get the prize. It's clear this system creates a lot of fatigue. Four months before the last presidential election, about 60 percent of voters said they were "worn out" by the coverage. Voter turnout isn't exactly going gangbusters: At 56 percent in 2016, we're close to the bottom of developed countries.

And the duration also means more money to keep the campaigns going. In 2016, the U.S. presidential and congressional races cost $6.5 billion. Compare that to the general election costs in the U.K. in 2015, which were under $60 million. That's about one-hundredth of our costs, in a country about one-fifth our size. But the length does mean voters have more time to dig into the candidates. A string of scandals can leave voters soured on candidates who once appeared strong.

And one multi-country study from 2000 found longer campaigns resulted in better informed voters. Multiple factors have created our long elections, like party primaries and the Jimmy Carter example — where starting early in Iowa helped his national name recognition. All that has turned a race into an ultra-marathon where only the well-funded and most zealous candidates even get close to the finish line.