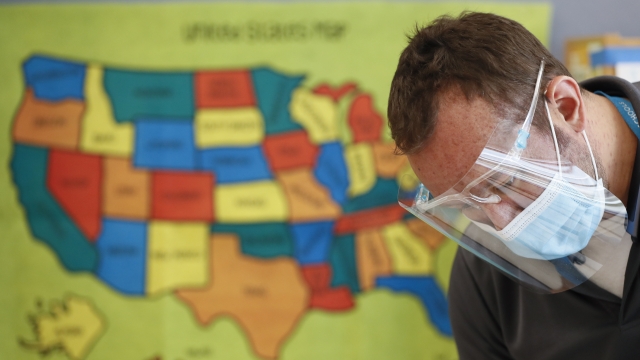 Districts will be required to offer in-person classes five days a week.

Florida, the nation's new COVID-19 epicenter, is seeing some of the highest and deadliest virus cases in the world right now.

But an executive order insists schools will soon reopen.

"Are we going to have classes outside? Are we going to have them in the gym so that we can space apart?" asked Florida Education Association President Fedrick Ingram. "This is a new normal for us. And we don't feel like it's being addressed by lawmakers.”

The order, which was signed into law on Monday, requires districts to offer in-person classes five days a week.

“The entire nation is going to have their eyes upon Florida for a lot of different reasons, but one, first and foremost, is going to be our schools," Ingram said.

Draft reopening plans vary widely from one side of the state to the other, with only some school districts saying masks are required. In Miami-Dade, the superintendent saying schools won't reopen until cases decline.

"I will not reopen our school system Aug. 24 if the conditions are what they are today,” said Alberto Carvalho.

Under criticism from President Trump, CDC Director Robert Redfield went on the defensive, saying he won't be rewriting school guidelines.

“Our guidelines are our guidelines, but we are going to provide additional reference documents to aid basically communities in trying to open K-12s," he said on ABC's "Good Morning America" Thursday.

Some educators even say a new normal in schools could spur innovation.

“Given the fact that we have good people that are trying to solve this, there'll be some good opportunities out there,” said William Gordon, lecturer in educational leadership at The University of Central Florida.

For many in Florida, the new school year begins on Aug. 10.