Archaeologists May Have Just Found Another Dead Sea Scrolls Cave 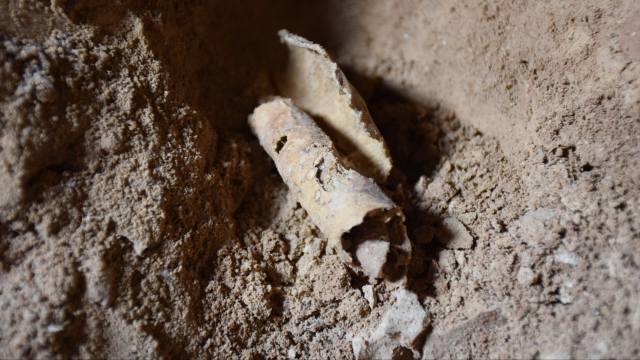 For the first time in decades, archaeologists say they have found another cave they believe once held Dead Sea Scrolls.

A team of scientists was excavating a cave near the northwestern shore of the Dead Sea when they discovered pretty much everything except a completed scroll.

The long list of uncovered items includes smashed jars, a piece of blank parchment, cloth used to wrap scrolls and a leather strap that would have bound a scroll together.

Archaeologists say the cave was most likely looted, considering they also found a pair of pickax heads from the 1950s. 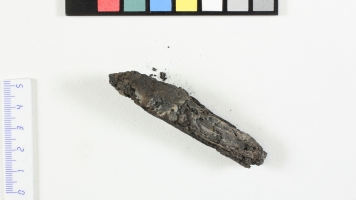 The Delicate Science Of Reading Ancient Scrolls That Can't Be Opened

As one of the team members told The Washington Post, "Thank God they took only the scrolls. They left behind all the evidence that the scrolls were there."

Until now, scientists thought only 11 caves had contained Dead Sea Scrolls, which are historically, religiously and linguistically important.

The first scrolls were discovered in the late 1940s. It's unclear who wrote them, but some scholars believe a Jewish sect known as the Essenes may be responsible.

Archaeologists say they will continue excavating in the desert northwest of the Dead Sea in the hopes of finding more ancient treasures.