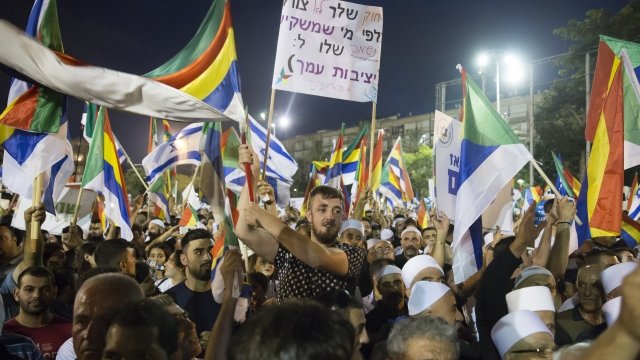 SMS
Arab Groups Challenge Israel's Nation-State Law In Court
By Jake Jones
By Jake Jones
August 7, 2018
The law has faced a lot of criticism both inside and outside of Israel.
SHOW TRANSCRIPT

The law has faced a lot of criticism both inside and outside of Israel. Opponents say the law legitimizes discrimination against Israeli Arabs, who make up roughly 20 percent of the population.

The court petition, filed Tuesday by human rights group Adalah, marks the fourth legal challenge to the law since it passed July 19.

Among other things, the law made Hebrew Israel's only official language and stated, "the right to exercise national self-determination in the State of Israel is unique to the Jewish people."