Apple's Showdown With The FBI Is About More Than Just iPhones 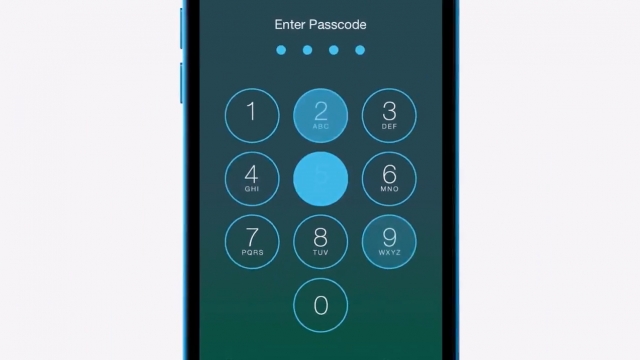 SMS
Apple's Showdown With The FBI Is About More Than Just iPhones
By Leah Becerra
By Leah Becerra
February 18, 2016
A judge ordered Apple to unlock a San Bernardino shooter's iPhone. So what are the privacy implications?
SHOW TRANSCRIPT

The case between Apple and the FBI is capturing a lot of attention — and for good reason. Because as many have already pointed out, the privacy implications of this case are staggering.

So, let's break it down a bit: On Tuesday, a California magistrate judge ordered Apple to assist the FBI in unlocking an iPhone that belonged to one of the two shooters from the San Bernardino attack in December.

Up to this point, Apple has been assisting with the investigation by turning over any data the company has access to. That information likely hasn't been that useful, though.

"We design our products in such a way that privacy is designed into the product and security is designed in. ... Some of our most personal data is on the phone. ... And so, instead of us taking that data into Apple, we've kept data on the phone, and it's encrypted by you; you control it."

So, the FBI believes information that could be useful to the San Bernardino shooting investigation is on the locked iPhone. Because of the phone's design, Apple doesn't have access and doesn't want to create a backdoor to gain access, either.

And that's partially because if the company did create a tool for unlocking the shooter's phone, a legal precedent would be set for other cases. Law enforcement has wanted to get into iPhones before. There's even another case going through U.S. courts right now.

Privacy advocates aren't fans of the idea that law enforcement could have a backdoor to anyone's phone. That's because if a backdoor existed, it would only be a matter of time before those with malicious intent got hold of the keys, too.

It's not that Apple doesn't want to help. It's that if it does help, it weakens the security the company has worked so hard to create.

Those who want the phone unlocked say that because we're talking about criminals here, potentially even terrorists, they don't deserve the same privacy as everyone else. Sen. Richard Burr also noted a previous statement from Apple (as part of a different case) in which the company said unlocking a phone could cause the company's reputation to be harmed.

What's being overlooked a bit is that even though this case is taking place here in the U.S., the implications will be felt overseas, too. Because, after all, Apple sells its products all over the world.

So if a backdoor were created, not only would U.S. law enforcement get access, eventually so would hackers. And Marc Rotenberg, who heads the Electronic Privacy Information Center, points out governments like China would probably love a way to get access, too.