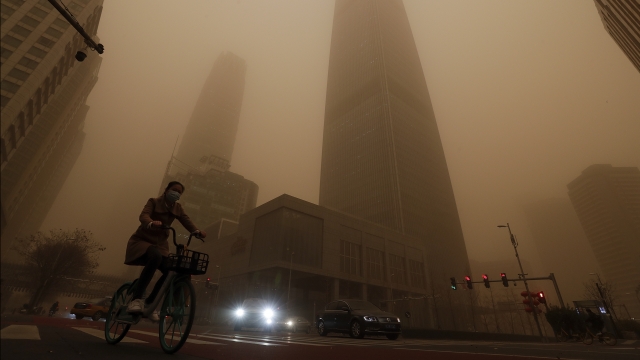 SMS
Apocalyptic Skies In China Amid Worst Sandstorm In A Decade
By Gage Jackson
By Gage Jackson
March 15, 2021
More than 400 flights have been canceled as sand and dust engulfs parts of the country.
SHOW TRANSCRIPT

Now take a look at this. It's the Chinese skyline in Beijing and that's not fog you're seeing – but sand.

Parts of the country have been engulfed in what some are calling the worst sandstorm of the past decade.

More than 400 flights have been canceled as some environmentalists blame China's industrial expansions, saying its carbon emissions place the environment under constant strain.