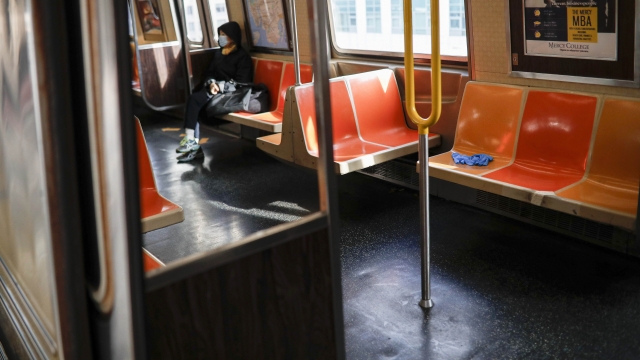 SMS
AP Analysis: U.S. Coronavirus Rate Increasing If NYC Taken Out Of Data
By LeeAnne Lowry
By LeeAnne Lowry
May 5, 2020
Data shows the U.S. has seen a decrease in its case rate. But take out New York City, and the infection rate increased over the same period.
SHOW TRANSCRIPT

U.S. coronavirus data suggests the country is starting to see a decrease in the rate of new COVID-19 cases. But a new analysis from The Associated Press says if the New York City metro area is taken out of the equation, the country's coronavirus infection rate is actually rising. It released the analysis on Tuesday.

New York has been the hardest-hit state by far. In fact, if it were a country, it would have the second-most cases in the world, after the U.S.

Data from Johns Hopkins University shows the U.S. sees more than 20,000 new confirmed cases a day. When New York City's included in national data, it shows the five-day average for new cases has decreased in the past few weeks. But take out New York City, and the infection rate increases over the same period.

On Monday, a model from the University of Washington almost doubled its projection of U.S. coronavirus deaths to 134,000.