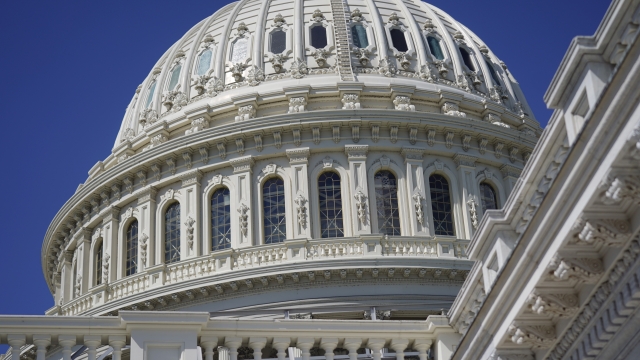 More than $12 billion in Ukraine-related aid will be included as part of stopgap spending bill that would fund the federal government into mid-December, a person familiar with the legislation said Monday.

The funding package, which Congress is set to consider this week, will also provide disaster assistance, including for Jackson, Mississippi, where improvements are needed for the city's water treatment system after its main facility malfunctioned in late August, leaving many stranded without clean water.

Also in the package is money to help households afford winter heating and funding to assist Afghans in resettling in the U.S. And it will reauthorize user fees that the Food and Drug Administration relies on to fund some of the agency's most critical safety programs, such as product safety reviews.

The text of the bill could be released as soon as Monday ahead of a procedural vote in the Senate on Tuesday evening. The details were provided by a person who was not authorized to discuss the legislation publicly and was granted anonymity.

Both chambers of Congress must approve legislation by the end of Friday, which is the end of the fiscal year, to prevent a partial government shutdown. It represents the last bit of unfinished business for lawmakers before the midterm elections in November. Both sides are eager to wrap up and spend time on the campaign trail rather than in Washington, lowering the risk of a federal stoppage. 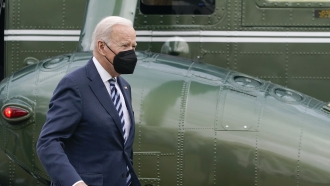 The Biden administration has requested that billions of dollars in emergency funding be attached to the package, including for Ukraine, COVID-19 and other priorities.

Senators from both parties have been largely supportive of providing Ukraine with more military assistance. The White House request for the spending bill included $11.7 billion for security and economic assistance for Ukraine, on top of some $53 billion Congress had already approved through two previous bills.

"I think we're going to be good in supporting Ukraine," Sen. Jon Tester, a member of the Senate Appropriations Committee, said when discussing the measure recently.

One factor that could complicate passage of the funding bill is Senate Majority Leader Chuck Schumer's promise to include a proposal that would streamline permitting for energy projects. The plan is a top priority for West Virginia Sen. Joe Manchin, but other Democrats, particularly in the House, say the issue should be dealt with separately.

Ahead of Tuesday's procedural vote, the U.S. Chamber of Commerce called on the Senate to attach permitting legislation to the stopgap spending bill, saying Manchin's bill isn't perfect, but it would strengthen energy security in the U.S. and lower costs for consumers and businesses.

"Now, there is an opportunity to make more progress, and Congress should take it," said Neil Bradley, the business lobbying group's executive vice president and chief policy officer.

Senators on both sides of the political aisle voiced confidence last week that Congress would avoid a shutdown. White House press secretary Karine Jean-Pierre said Monday the Biden administration hoped that would be the case, calling on Congress to pass the legislation.

"We encourage Congress to get it done," she said.