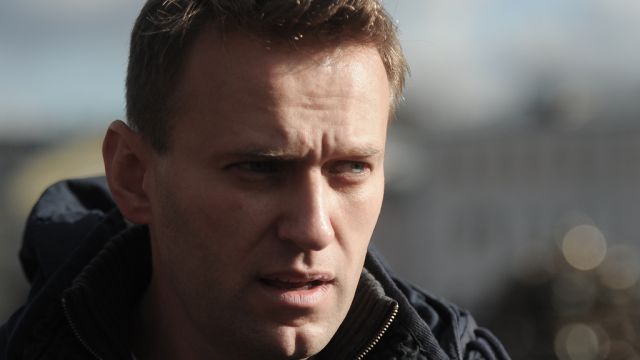 By Jake Jones
December 13, 2016
Alexei Navalny has made waves as an anti-corruption activist, but he's also been involved in a controversy of his own.
SHOW TRANSCRIPT

Navalny runs the Anti-Corruption Foundation and started making waves in 2011 when he released an investigation into dealings between top Russian businesses and government elites.

He also helped organize protests in 2011 and 2012 against Putin's return to the Russian presidency.

Putin's control on Russian politics has grown deep. He served as prime minister, then took over as acting president when his predecessor resigned. He was elected to his first full term in 2000.

After serving two consecutive four-year terms as president — the constitutional allowance at the time — he was appointed prime minister by his presidential successor. During that time, an amendment to extend the presidential terms to six years was passed. Putin was re-elected in 2012.

Navalny has never held office, but he surprised local experts when he came in second in the Moscow mayoral race in 2013. His campaign was almost entirely crowdfunded.

Some of Navalny's anti-corruption work has led to official resignations, which are rare. But his presidential run might be short-lived.

Navalny and his brother were convicted of fraud in 2014 by a Russian court. Navalny received a suspended sentence; his brother is currently in prison.

They were charged with defrauding clients of a shipping company, which Alexei Navalny helped his brother start in 2008. Despite every client testifying they had not been victims of fraud, the court found both Navalny brothers guilty.

Supporters maintain the case against the brothers was politically motivated. The European Court of Human Rights ruled they were found guilty for "acts indistinguishable from regular commercial activities."

Russia had attempted to jail Navalny once before, but the activist was released from prison after his sentence was met with a massive protest.

Russia's supreme court has ordered a retrial for Navalny. If he is convicted again, he will be barred from seeking political office.

If Putin decides to run for a fourth term, he will be in office until 2024. Independent polling agency Levada last recorded the public's approval of Putin at 86 percent.