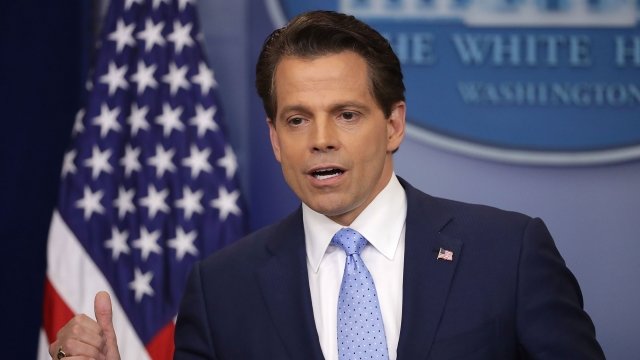 Incoming White House communications director Anthony Scaramucci used the term 20 times to describe his feelings for his colleagues and the president.

While downplaying any tension in the West Wing, newly named White House communications director Anthony Scaramucci wanted to make it clear there's a lot of "love" to go around.

By our count, Scaramucci said the word "love" 20 times during the press briefing Friday.

As he exited the podium, Scaramucci even appeared to blow reporters a kiss.