Anna May Wong One Of 5 Women To Grace U.S. Quarters 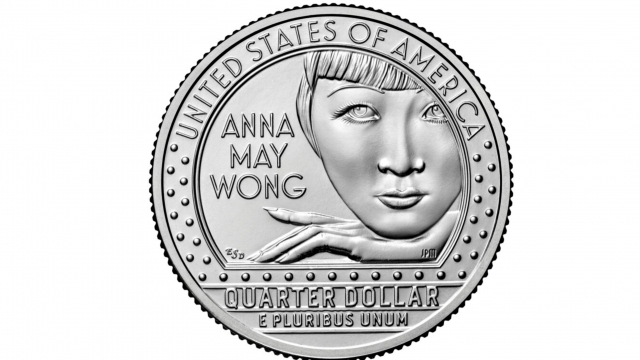 SMS
Anna May Wong One Of 5 Women To Grace U.S. Quarters
By Cat Sandoval
By Cat Sandoval
January 14, 2022
She is the first Asian American movie star and is commemorated as one of the great actresses of the Golden Age of film.

The next time you pick up a quarter this year, it might have the face of a prominent American woman.

"It is a celebration," U.S. Mint Deputy Director Ventris Gibson said. "It's a unique opportunity that we have now in this day and time to honor such a diverse group of women."

This year, the American Women Quarters Program celebrates five distinguished women. Maya Angelou is one of them, but have you heard of Anna May Wong?

"She is one of these undervalued actors and actresses in Hollywood film industry," Mediaversity Review founder Li Lai said.

From silent film to movies with sound, Anna May Wong is the first Asian American movie star. Starting in 1919, she won international fame as a Chinese American actress in Hollywood.

"She was extremely talented, but under so much racism and sexism that prevented her from ever getting the lead roles," media expert and author Nancy W. Yuen said.

Born in Los Angeles, Wong initially took on stereotypical roles because that was what was available — appearing in movies such as "Daughter of the Dragon" and "Toll of the Sea." But at the peak of her career, she became an outspoken critic of Hollywood.

She was quoted as saying: "Why is it that the screen Chinese is always the villain? And so crude a villain — murderous, treacherous, a snake in the grass! We are not like that. How could we be, with a civilization that is so many times older than the west?"

"But also she would joke about it. She said that, you know, on her tombstone, it should say that she died a thousand deaths because that's how many times she died on screen."

The hardest part of Wong's career was when she was passed over for an Oscar-leading role in the movie "The Good Earth" about a Chinese family. The entire main cast were White actors playing yellow face.

"One of the possible reasons why she wasn't cast in 'The Good Earth' ... was because she would have been playing opposite a White actor in Yellowface, which was not allowed, according to the production codes in Hollywood."

Interracial relationships were criminalized then. Still, despite that setback, Wong sought opportunities in Europe and Asia.

"To be able to look back and to commemorate them in this way is definitely a really good step in making sure that their place in history stays there and that they continue to be explored," Lai said.

Wong died in 1961 and is commemorated as one of the great actresses of the Golden Age of film on Hollywood Boulevard. She was also the first Asian American actor to get a star.

Still, stereotypes and whitewashing in Hollywood exist even now.

"Typecasting isn't going away. Stereotypes are not going away. So definitely her struggles are very reflective of what is still happening," Lai said.