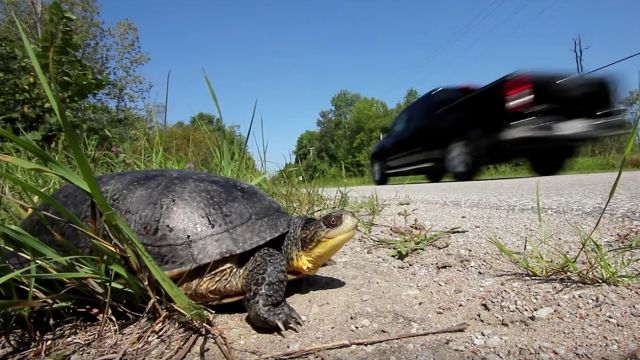 Our roads are reaching farther than ever into what used to be wilderness — and for the animals they share space with, their influence doesn't end at the shoulder.

Researchers found that all roads, from tiny country paths to 10-lane highways, have an effect on the local wildlife that stretches at least a half mile. When you map that out, 20 percent of Earth's landmass is affected by roads, and the other 80 percent is cut up into chunks, nearly all of which are smaller than 38 square miles.

These artificial boundaries cramp wildlife — especially larger animals. An elephant or a mountain lion roaming around its natural range, for example, is likely to come across at least one road.

SEE MORE: Monkeys Could Talk If They Had The Brains — But It Would Sound Creepy

Some animals that try to cross these roads won't make it, and many of them won't even try that. Research has shown animals will sometimes change their natural behaviors to avoid intrusive roads, which starts to affect a population's genetic health.

Some scientists would like to see more policy that protects Earth's remaining roadless spaces and the animals that live there — whether that's road planning that keeps the movements of local wildlife in mind, or overpasses and underpasses that give animals safe routes across.