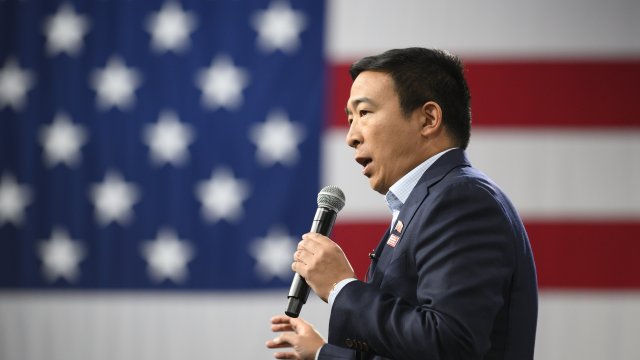 The Democrat entered the race as a political newcomer but emerged from relative obscurity thanks in part to his #YangGang and signature campaign promise of giving every American $1,000 a month — "no strings attached."

Yang said a universal basic income is necessary to protect the nation from threats posed by automation and income inequality.

The businessman-turned-presidential contender earned spots in debates, introducing himself to a national audience that probably knew little about him.

On the campaign trail, Yang pitched himself as a normal dude with a passion for numbers, memes and crowd-surfing.

His campaign slogan — "MATH" — is an acronym for "Make America Think Harder."

Yang failed to turn the attention to success in the primary, though.

His supporters have called out the media for "ignoring" his campaign and giving him less speaking time than his presidential rivals during debates.